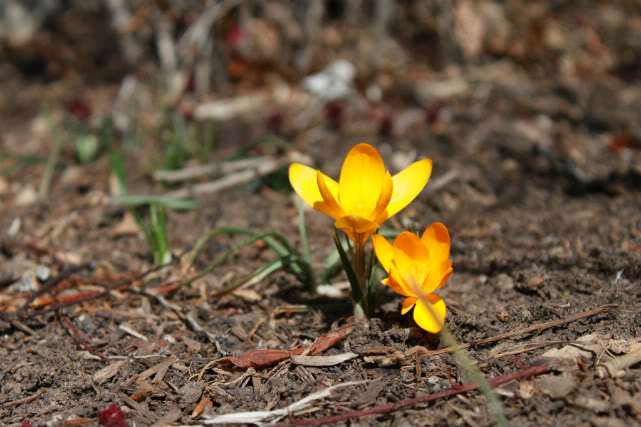 Once upon a time, March was one of my favorite months. Now, it’s when I seriously consider getting out of Dodge except wherever I’d go, my weathered emotional baggage would still be with me. Swell.

Before I met my husband, March memories were the stuff of angry lions. The windy grayness paired neatly with the feelings I had assigned to it. March was the month my brother celebrated his birthday, except for the year he would have turned 21. It seems a lifetime later but memories of those weeks before and after he died 40 years ago never disappear completely. His birth and death dates will forever bookend the month. They remind me that even when you think that particular kind of pain is one of a kind, life has a way of proving you a liar.

When my guy came along years later, he arrived like an impulsive March wind with a brand of love that set the month on its ear. It was a chilly March 5th that year that we had our first ‘real’ date in a cozy restaurant that became ‘ours’ from that night on. Just one year later, we spent the 3rd of March in the courthouse – getting married. It was a bit off script but the cancer monster had raised its ugly head and my health insurance offered the coverage we needed to fight the beast. No big deal; we just postponed the cool church wedding until a few weeks later. It was all good.

March 25th dawned cold and brilliantly sunny that year.  The day was as bright as our moods as we prepared to celebrate our wedding day with the excited loving family and friends. They all knew well both our challenges as well as the fierce love that defined us.  Like most everyone on their wedding day, we were two little kids at a birthday party — and boy, was it a party! Cupcakes piled high on a handmade tower topped with bobble-headed figures with a remarkable resemblance to the kooky wedded pair. Rubber ducks swam in a fountain of margaritas while Hors d’oeuvres disappeared faster than they could be passed. A cool Pantone (Dun, I’m a graphic designer.) spring green bloomed in all the decor, painting both March and our wedding with hopeful new life. It was all just perfect.

Almost. Trying to pack all we could into the month, we snuck a dream honeymoon to Italy into March’s last days. Unfortunately, the trip turned out to be one week before my husband’s first cancer surgery. Looking back, that might not have been the brightest strategy but hey, it was Italy!

Through the years, we celebrated plenty of anniversaries of times when things were simpler. We toasted moments that had been brand new and those after cancer colored the months and years. When that guy of mine died suddenly, it was more than easy to sweep all of those times into the grayness of grief. When memories seem broken, who wants to remember them? Yet, those happy times were no less happy and they are no less part of us. They are just more painful to remember. When the person who helped make those memories is no longer here, our memories become both lion and lamb. But then the flip side of joy is pain – and vice versa. That’s just life’s dichotomy and who complains when the pendulum swings the other way? Life is perfect — said no one ever.  It hands us things we have no control over and sometimes they suck big-time. Like a temperature inversion, the fog eventually lifts, however, and suddenly choices are in our hands.

The year my husband-to-be rode his white horse into town, he  redecorated the month of March with some pretty good feng shui. When the lion caught up with him, he left behind  a hell of a lot of memories and I have all I can do to remember them without bawling. When you’re left without a right, it’s hard to find your center- but I’m giving it my best shot.  What I tell myself (and it’s a handy public service announcement) is that just because the moments are over — doesn’t mean they didn’t happen. Boy, did they happen.

I hate to admit it, but sometimes I barely remember celebrating my brother’s birthday. So many years have gone by since he blew out candles on my mom’s homemade cakes but I have to believe he was happy then. And no matter how much time elapses, nothing can change that any more than I can or would erase the memories of our wedding celebration. The ultimate end to our grand romance does not erase the life of the miracle couple who dared cancer to divide them. The fact that death eventually did does nothing to deny the years my guy defied the odds.

One day I hope to travel again to the home of my ancestors across the pond. I’ll make new new memories in Italy but the singular memories of a goofy couple on their honeymoon will always remain. Just picturing that warm March afternoon in Rome, scarfing snacks on the hotel rooftop we climbed up to by accident, makes me smile and always will.

Everything that happens, even one moment after it does, is a memory. Some are better than others but all are part of the fabric of your being, ready to prop you up, give you hope and make you smile when you need them most. That doesn’t mean you won’t cry in the process, but that’s part of life, too. It’s the part that weathers months and storms, and still ushers in spring each year. We can learn a lot from this tempestuous month that comes in a like a lion and eventually becomes a docile lamb. Our crazy quilt of memories is stuffed with months, days, years of both pain and joy. Depending on the season of our life, one side or the other has us covered. Only we know when we are able to flip that quilt to the other side.

The last two weeks I’ve noticed that, in spite of itself, March’s frigid ground is giving way to nature’s Powerball ticket. Even if they are watered at times with tears, stubborn but hopeful green shoots still show up ever year. That’s the thing about spring and about us resilient humans.