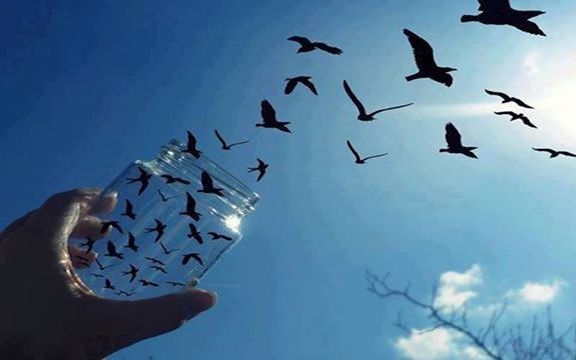 No one programs this trip into GPS but, survivor guilt is something anyone who’s lost someone feels at one time or another. The soldier who returns from devastating traumas of war. A parent who’s lost their precious child. Siblings, like my sister and I, who lost a young brother. Those still standing after a disaster. Or maybe, like me, you were the ‘healthy’ one to the partner no longer here.

Being a survivor isn’t always what it’s cracked up to be.

Yet, survivor’s guilt is ridiculously normal. (Yea, I’m normal!) Teeny bit or boatload, it’s not unhealthy, even if it feels that way sometimes, unless of course it doesn’t ease over time, becomes overwhelming or obsessive. If it does, there is always help waiting to reset the balance. But even when survivor guilt is the run of the mill, ‘normal’ kind, it’s still a buzz kill.

Don’t get me wrong. Having done everything I possibly could, every day and year I had my husband, I live with no guilt about my life with him. He and I did the very best we could with what we were handed, and when he left this planet, I know he left knowing, as I did, that love survived it all. So what’s the guilt about then?

When my young brother died, I was a new mom, complete with house and babies, but he didn’t live to have any of it. It felt so wrong, so ridiculously bizarre, that his life was stolen and mine was beginning. He’s been gone many years; my husband only two yet, an empty space is still an empty space. Their journeys carved gaping holes, making it easy to think – why them and not me?

The hole only a grandpa could fill was never more glaring than at my granddaughter’s engagement party this past weekend. Our beautiful, sometimes rebellious teen, with a gorgeous singing voice, has become a gorgeous, gracious soon to be Mrs. I didn’t have to ask if she, too, was remembering the grandpa who mentored her, taught her to drive, loved and believed in her. She is the woman we always knew she would become yet her doting grandpa won’t be here to share her wedding next year. As we celebrated the engaged couple with laughs, hugs, toasts and enough steaks, and beer to float all the milennials’ boats, I believe he was there. I suspect he watched as paparazzi gramma snapped away, soaking up every bit of happy with my kidlets and grands. I wondered, was he watching somewhere in the ethernet, teasing our grandgirl about ever present can of Red Bull? Did he whisper to her ‘You did good, sweetie’? I’ve never been into Houdini vanishing acts and can’t say what he can see or feel (he’s not talking) but I believe that chatty man would never miss that party.

Through the years, I’ve realized that being a ‘survivor’ meant I’d need to live differently, fully. My life, like everyone else’s, had a lot of epic road bumps along the way. But I got to experience that life. I got to be happy, sad, anxious, grieving, joyful and everything in between. I got to have the years my brother never did. And now I get to continue that life, with however many years I’m allowed, that my husband won’t. Yet, I know for certain, that even hearing me say that, he’d repeat his (very annoying) mantra to not ‘belabor the subject’. Even the idea of me tailoring my future life to match his lack of it, would really piss him off.

A few nights ago, curled up on the couch where two once sat, I remembered a conversation from the days we were newly marrieds. It was at a time that cancer was a single elephant, not a full herd of treatment side effects that gradually took up residence. No, this was a night when my nearly new husband was still a Forest Gump-style running man and lived for pick up basketball.

Nestled next to him, I asked a typically ridiculous question I suspect many have asked, but most only in their heads. “If something happened to me, would you marry again?”, I queried. (Yes, yes I did ask that) expecting an aghast “Of COURSE, not, honey!” Instead, my pragmatic man said “Gee, hon, how do I know?”. Suitably abashed, I took that as a ‘yes’ and inwardly pouted. You’d think that a newlywed of a certain age would be too smart to even ask that question,  but that night I was convinced that as soon as the body was cold, he’d take another bride.

Hey, I didn’t say it was my finest moment!

That night, and most nights after, I lived in the la la land of those who assumed ‘till death do you part’ didn’t have a near-future expiration date. As I sat remembering that conversation, I realized, that if places were reversed, my husband would not have carried a survivor complex. He WAS a survivor and, to him, any extra years bonus. He believed in life and living it full on for as long as you could. The fact that those years were not as many as either of us ever considered would not have deterred his feeling that they were exactly as he wanted – with me.

I’ve experienced and hope I’ve learned many things during this life of mine. To be SURE,  I’ve made my share of dumb mistakes, but sharing every bit of love I have for everyone I treasure has not been one of them. These days, especially after the recent car accident that I once again ‘survived’, I’m not complacent about life. There is too much to learn, to experience and to treasure. There are kids and grandkids and friends who I’m grateful to be part of. There is writing and caramel and Cape Cod. We are all survivors simply because we are here. The trick is in the gratitude, not in the why.

My life has been anything but boring — and that’s a good thing. While I wouldn’t espouse some of the really crappy things that tore my heart apart, without the rain (or hurricane!) there is no rainbow. Sounds corny but how else do we frame the bad stuff alongside the good, especially when the good is often hard to see? Maybe it all comes down to turning survivor guilt – into survivor skills. If so, I’m taking an advanced course.

Having read my past posts, it’s pretty clear that I have meltdowns and pity parties just the rest of you, but without at least intent to have and do better we are all lost. If we don’t set the GPS on where we want to go, we might just drive straight into the rabbit hole. And if we stay stuck in the ‘if only’s’, ‘what if’s and ‘WHYs’, we’ll never live – while we’re alive. It might sound cheesy, but it’s a whole lot better to be immersed in the ‘embrace life’ concept than drown in survivors guilt.

Right now, today, you are alive. Why not wring all the good stuff you can out from life you’ve been given? You’re here anyway.

One thought on “Guilt Trip”